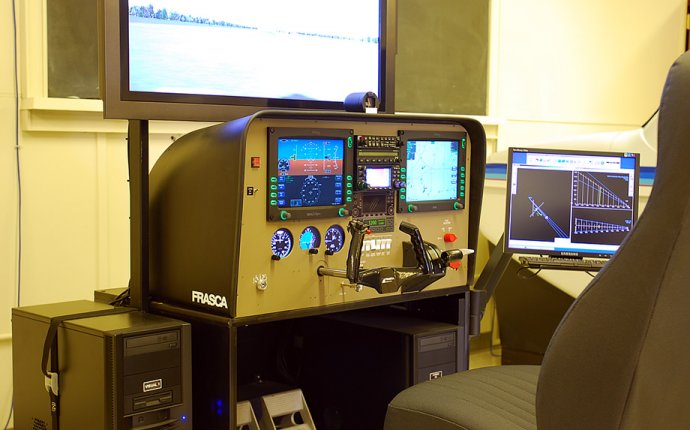 All seven AATDs will feature a “glass” LongRanger IV cockpit with Garmin G500H and GTN650 avionics and a Genesys Aerosystems HeliSAS autopilot. Two of the simulators will be able to be re-configured in less than an hour to train Bell 407 pilots. Both simulators will have cockpit panels and performance software for the four-blade Bell 407.

“Air Evac has returned to Frasca International for a third time to meet its helicopter pilot training requirements, ” said John Frasca, president of Frasca International. “The fidelity of our helicopter AATDs will support them in their goals of improving pilot decision-making, reducing aircraft accidents and improving safety through high quality training.”

The Advanced Aviation Training Device (AATD) replicates the flight deck of the Bell 206L4 aircraft and may be used instead of an actual aircraft for a portion of the training time.

The order for the seven AATDs was received one year after Air Evac started training with a Frasca Bell 206L4 Level 7 Flight Training Device (FTD) in January 2016 at the Air Evac training center in O’Fallon, Mo.

The fixed-base 206L4/407 AATD will be located at the Air Evac training center in O’Fallon, Mo.

All Air Evac new-hire and full-time pilots receive initial and annual recurrent training on the company’s Frasca Bell 206 Level 7 FTD which is also equipped with Frasca’s high-fidelity NVG simulation and Motion Cueing System, which has 6 Degree of Freedom (6DoF) motion and vibration to provide critical vestibular feedback to the pilots.

This system makes the simulator fly more realistically and allows the pilot to naturally react to flight motion cues while training.
Air Evac has long had a commitment to training for the safety of its crews and patients. With the Frasca devices, Air Evac will increase the capacity and realism of its training to an unprecedented level, keeping the company on the leading edge of technology and training in simulation, and demonstrating its continued commitment to go above and beyond in pilot training.

About Air Evac Lifeteam
Air Evac Lifeteam, headquartered in O’Fallon, Mo., is the largest independently owned and operated air medical service provider in the United States, with more than 130 air medical bases across 15 states. Air Evac is the leading provider of helicopter air ambulance services to communities in need of rapid medical transport to advanced emergency health care. For more information, please visit or like us on Facebook.