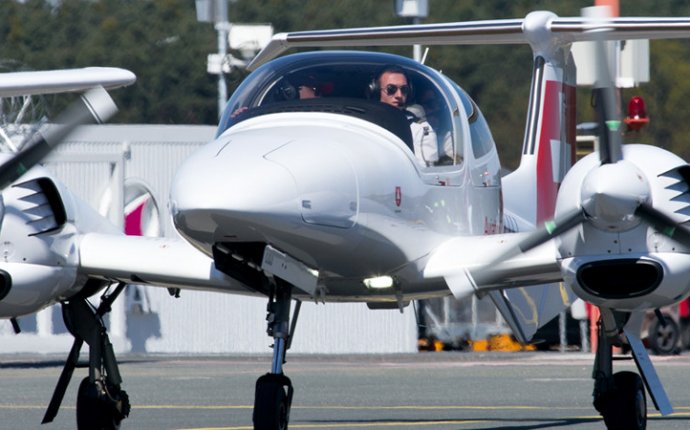 Like many sectors of the economy, the $70 billion aviation manufacturing and maintenance industry has a work force problem, with three-quarters of companies reporting a substantial shortage of skilled workers.

Colleges aren’t producing enough graduates who have the right certification and training, aviation companies say, or who are willing to move across state lines for a job, assuming they even know about openings outside their region.

Enter the Talent Solutions Coalition, a newly formed nonprofit that seeks to be an employment broker that bridges the gap between colleges and aviation employers. Experts praise the experiment, saying it could be replicated in other industries if the group is successful.

Here’s how the coalition is designed to work.

A regional airline might tell the group it needs to hire 150 skilled workers within two years. The coalition, which is based at Wichita Area Technical College’s National Center for Aviation Training, would then work with its college partners to train 150 students through a specialized, in-person certificate or degree program. That could mean divvying up the slots, with three colleges each taking 50.

Curricula will be tailored to employers’ needs, said Vincennes President Chuck Johnson, with a focus on hands-on experience that is relevant to the work.

The partnerships will lead to some standardization across colleges, Johnson said, and will “have at least a core set of competencies and outcomes.”

Sometimes the hiring pathways will cross state lines. That’s unusual for public institutions, particularly community colleges, which typically don’t plan to train students for jobs in other states or regions.

The coalition will serve as a “hub for talent acquisition, ” she said, and as a “one stop for employers.”

Most of the job-market benefits of participating will be local, said several officials at participating colleges. But graduates who leave the area also will benefit.

Students who earn credentials through the coalition will have a job waiting for them. And annual salaries often start at $50, 000-60, 000 for entry-level technicians in aviation, with overtime typically boosting pay.

More than 90 percent of students who complete aviation programs at Pima stay near Tucson, where there are plenty of jobs in the industry, said Ian Roark, vice president of work force development for the community college. But he cited hiring shortages for well-paying aviation jobs both around Tucson and beyond.

“The labor market’s already national, ” he said. “The shortage that we’re experiencing regionally is ubiquitous nationally.”

Even so, employers often struggle to get the word out to students about those jobs, said Tim Welsh, the coalition’s executive director. Students typically have outdated views about the industry, thinking about riveters rather than robotics, he said. And the companies’ hiring needs extend beyond technicians to supervisory roles.

Welsh’s group is seeking to connect companies with marketing departments at participating colleges to help them get more information about the aviation career path to students and faculty members.

“This is putting pressure on the employers to get better about telling people why they should come work with them, ” he said.

Welsh said the coalition, in its role of “standing up the supply chain, ” also plans to help colleges and employers assess the job readiness of students. That means conducting tests aimed at measuring both technical and soft skills, like work ethic. And some of those assessments could be used to issue certifications.

For example, the coalition plans to offer certifications from SpaceTEC, a nonprofit that receives funding from the National Science Foundation and conducts third-party assessments.

The combination of a recognized certification from SpaceTEC with academic training courses that are tailored to aviation manufacturers would be particularly valuable to employers, said Michael McDaniel, general manager of maintenance training for ExpressJet, an Atlanta-based airline.

One problem it might help fix, McDaniel said, is that many colleges’ aviation programs are designed around the Federal Aviation Administration’s relatively minimal licensing requirements, which have not been updated in decades.

“We are struggling to hire and maintain an educated work force, ” he said. “The level of training they set is not adequate for our needs.”

As a result, ExpressJet spends time and money training new hires. It can take more than two years to get college-trained employees up to speed, said McDaniel. And bigger airlines often poach workers ExpressJet trains.

The coalition offers a more efficient hiring pathway, he said, by seeking to send to ExpressJet graduates who are well trained, familiar with the companies’ processes and holding a certificate from SpaceTEC.

“You’ve just completed three to six months of your training here, ” he says of graduates who will complete the program. “That person’s value suddenly increases within the industry.”

The coalition grew directly out of a federal grant program with an exceptionally long name (and acronym): the Trade Adjustment Assistance Community College and Career Training program (TAACCCT).