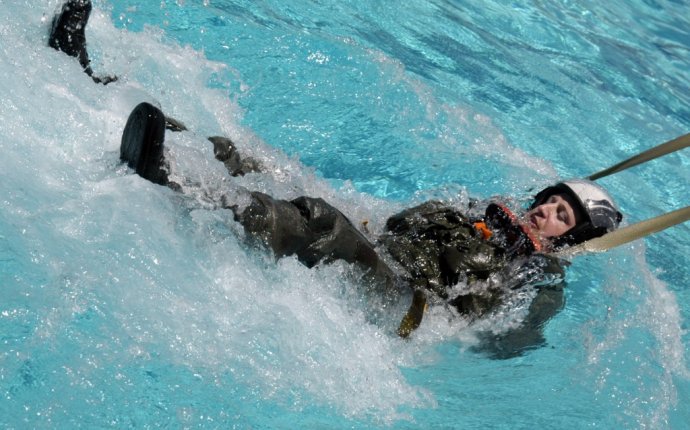 A Cold War-era standard that made up part of a Navy aviator’s survival training is now a relic.

The Navy is developing a state-of-the-art chamber to help aviators recognize how they might respond to oxygen deprivation while in flight. In the meantime, the service has announced, it has replaced its long-used low-pressure chambers with portable devices to induce hypoxia – a condition caused by lack of oxygen – in personnel until its permanent replacement can be rolled out.

Hypoxia can cause confusion, tingling or unconsciousness. The Navy relied on the room-size, steel, low-pressure chambers for nearly seven decades. Trainees inside performed simple coordination tasks while oxygen and atmospheric pressure were reduced, which also could lead to decompression sickness, commonly referred to as the bends.

The Navy’s eight low-pressure chambers, including one at Norfolk Naval Station, had been in use as far back as 1947, and could no longer be repaired. Its most recent one was built in the 1960s, said Capt. Dan Patterson, officer in charge of the Pensacola, Fla.-based Navy Survival Training Institute.

“We wanted to look for new technologies, a better way to train our students, ” Patterson said. That included creating an environment that better simulates what the aviator usually is doing when the hypoxic symptoms occur so they can learn their individual responses, he added.

The Navy requires aviation personnel to undergo the survival training at least every four years or when they switch aircraft. An average of 22, 000 fliers receive the training annually, Patterson said.

The new normobaric hypoxia chambers are safer because they don’t change air pressure, but the oxygen and nitrogen levels, he said. They also will allow pilots and crew to better simulate their flying environments. The use of 100 percent oxygen in the contained space in the old chamber was a greater fire hazard risk, which limited the use of electronics inside, Patterson said.

Navy Safety Center data shows that at least 19 of 28 reported health problems inside the old chambers from fiscal 2011 through 2016 related to decompression sickness.

The Navy decommissioned its eight low-pressure chambers in March. For a machine that once gained a brief star turn in the 1982 movie “An Officer and a Gentleman, ” there was little fanfare.

“We identified some maintenance issues and some potential failures that we felt were a risk for safety, so we had no choice but to decommission them early, ” Patterson said.

Patterson said the old chambers could cost $3 million to $10 million each to rebuild.

While it develops the new chamber, the Navy will use a portable trainer called the Reduced Oxygen Breathing Device, which uses a mask that allows an adjustable oxygen and nitrogen mixture to flow to an aviator, the Navy said.