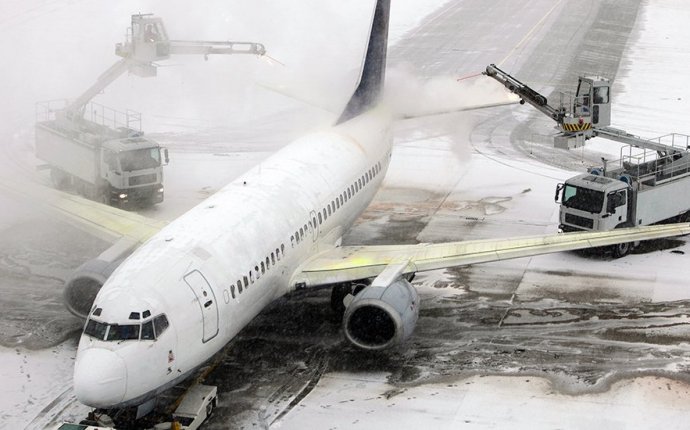 A Terminal Aerodrome Forecast (TAF) is a concise statement of the expected meteorological conditions at an airport during a specified period (usually 24 hours). Each ICAO state may modify the code as needed. The TAF code, as described here, is the one used in the United States. TAFs use the same weather code found in METAR weather reports.

The report type header will always appear as the first element in the TAF forecast. There are two types of TAF reports, a routine forecast, TAF, and an amended forecast, TAF AMD. An amended TAF is issued when the current TAF no longer adequately describes the ongoing weather or the forecaster feels the TAF is not representative of the current or expected weather.

Corrected (COR) or delayed (RTD) TAFs are identified only in the communications header which precedes the forecast text.

The TAF code uses the ICAO four-letter location identifiers. In the conterminous United States, the three-letter identifier is prefixed with a K. For example SEA (Seattle) becomes KSEA. Elsewhere, the first one or two letters of the ICAO identifier indicate in which region of the world and country (or state) the station is. Pacific locations such as Alaska, Hawaii, and the Marianas islands start with P followed by an A, H, or G respectively. The last two letters reflect the specific station identification. If the location's three-letter identification begins with an A, H, or G, the P is just added to the beginning. If the location's three-letter identification does not begin with an A, H, or G, the last letter is dropped and the P is added to the beginning.

This element is the UTC date and time the forecast is actually prepared. The format is a two-digit date and four-digit time followed, without a space, by the letter Z. Routine TAFs are prepared and filed approximately one-half hour prior to scheduled issuance times. TAFs are scheduled for issuance foure times daily at 0000Z, 0600Z, 1200Z, and 1800Z.

In the case of an amended forecast, or a forecast which is corrected or delayed, the valid period may be for less than 24 hours. Where an airport or terminal operates on a part-time basis (less than 24 hours/day) the TAFs issued for those locations will have the abbreviated statement NIL AMD SKED AFT (closing time)Z, added to the end of the forecast. For the TAFS issued while these locations are closed, the word NIL will appear in place of the forecast text. A delayed (RTD) forecast will then be issued for these locations after two complete observations are received.

This is the body of the TAF. The basic format is:

The wind, visibility, and sky condition elements are always included in the initial time group of the forecast. Weather is included in the initial time group only if significant to aviation. If a significant, lasting change in any of the elements is expected during the valid period, a new time period with changes is included. It should be noted that, with the exception of a FM group, the new time period will include only those elements which are expected to change; i.e., if a lowering of the visibility is expected but the wind is expected to remain the same, the new time period reflecting the lower visibility would not include a forecast wind. The forecast wind would remain the same as in the previous time period.

Any temporary conditions expected during a specific time period are included with that time period.

Variable winds are encoded when it is impossible to forecast a wind direction due to winds associated with convective activity or low wind speeds. A variable wind direction is noted by VRB where the three digit direction usually appears.

The expected weather phenomenon or phenomena is coded in TAF reports using the same format, qualifiers, and phenomena contractions as METAR reports (except UP).

Qualifiers of Intensity or Proximity

Obscurations to vision will be forecast whenever the prevailing visibility is forecast to be 6 statute miles or less.