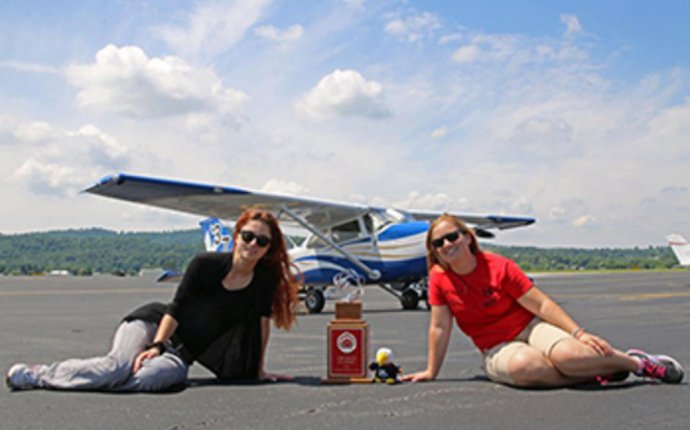 How to become a regional pilot?

In our continuing series interviewing airline personnel Airfarewatchdog.com asked a regional jet pilot about his work. The answers may surprise-and perhaps disturb-you.
Is it true that you get paid less than some flight attendants?

Yes, but it depends on the airline. Most of us are doing this because we have a passion for aviation and plan to move up in the industry. We do not plan to fly 50-seat regional jets all of our life. While the hefty salaries of experienced pilots may not stay as high as they once were, we are not doing this for the pay. We earn experience by flying regional jets and that experience will help us fly for larger airlines with mainline aircraft where the pay is higher.
How do you earn the hours needed to qualify to be an airline pilot?

Many of us begin very early taking flight lessons and earning our hours. Others come through the military and earn their hours flying during their training or in school. They are the lucky ones because their training is paid for; school is the biggest expense for non-military pilots. It is a double whammy to have loans to pay for school and survive on such little pay. But, we love what we do so much that we deal with it.
Do you get paid more if you trained with the military versus at a flight school?

No, we all start at the same pay at my airline although it depends if you’re hired as a first officer or captain.

Do you ever find yourself being treated differently by more experienced pilots because you are so young?

On the flight deck, it depends. Most pilots respect each other and their decisions although occasionally advice and recommendations for how to do things are shared. However, there are a few more senior pilots that were furloughed from major airlines that now find themselves flying regional jets. They feel like they are superior to those who are just starting out and often seem a bit condescending. It is all part of the learning experience though. Being a pilot is just as much about learning to work with various personalities as it is about actually flying the airplane.

How do you survive on such a small salary?

For one thing, we are like flight attendants, and we have crash pads in our bases. These are apartments, houses, or sometimes even trailers that we all share as pilots. We are never all there at once meaning we all pay a portion of the rent, and then we use the beds a few nights a month. It is a lot cheaper than a hotel or paying for an apartment. Secondly, almost all of my friends have a second job. They are real estate agents, temporary workers, part-time coaches, or even eBay pros. We do what we have to do to survive, but our lifestyle is not glamorous. It is all fueled by the hope to grow our career while building our skills as a pilot.
Is it true that you sometimes sleep in the airport?

There have been times when crew scheduling has us operate flights into cities that arrive after midnight and depart around 4-5 am. In these instances, it makes little sense for us to take a shuttle to a hotel, check in, sleep for only a few hours, and then have a wake-up call an hour and a half before departure. What ends up happening is that we have "quiet rooms" in some terminals with La-Z-Boy style loungers, pitch-black surroundings, and absolute quiet. We get more rest knowing that we are at the airport, but it never qualifies as sound sleep. The media likes to make it seem that we slurp coffee in the airport bar all night, but we do have a place to sleep. It is not entirely restful, and our schedule only allows for one of these on a multi-day trip, but it does happen. This is becoming rare, but it happens. We will have more extended rest periods built into the trip later down the line.
Explain the parking lot trailer park at LAX.

It's true. Some crewmembers based in the LAX area don't even bother looking for crash pads in town. Instead, they pay rent to sleep in one of a series of trailers in a parking lot under the approach path at LAX. These are popular with pilots on reserve who need to be within close proximity to the airport and those who don't want to deal with the city traffic.
Why would you even accept this job if the schedule is so intense?

This is a stepping-stone for almost all of us. The major airlines typically hire from the regional carriers so this is a great avenue for growth. Sadly, there are also a lot of pilots who have been furloughed from their jobs flying the big jets at the majors who accept jobs flying for regional carriers because that is their only option. Could you accept a pay cut from $90, 000 to $30, 000 in a year? Most people could not, but we pilots are an enterprising bunch.
Why do pilots have to go through the same security checks that passengers do? Isn't that counter-intuitive?

That's exactly what we think! If we have the controls of the aircraft anyway, it makes more sense to ease the lines by clearing pilots in advance. Some airports have a test program and waive us through (Baltimore has this in some terminals for example), but others are still struggling to implement it. For now, we must go through the same charades as passengers except it really is pointless for us.