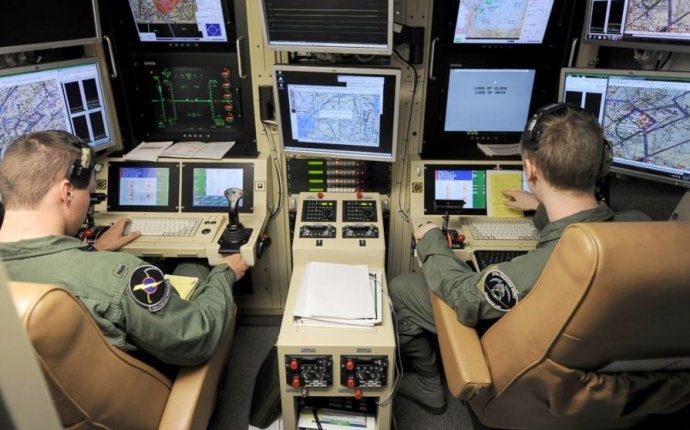 Although at face value flying a UAV seems remarkably similar to playing a video game, the consequences of every pilot's actions are deadly serious. Unmanned planes are at the forefront of gathering aerial intelligence around the globe, so in addition to being a skilled operator, the pilot must be able to analyze intelligence imagery in order to make snap decisions about when to pursue a lead or get out of dodge. (And let's not forget that when you're technically breaking international air space rights, even to spy on terrorists, some sovereign nations might get a bit sensitive. No pressure.)

Of course, UAVs like the Predator can also be equipped with Hellfire missiles - meaning each UAV pilot must have the mettle to decide if and when to pull the trigger on someone half a globe away.

Unlike its sister services, who have all decided the best way to deal with demands for UAV pilots is to make it an enlisted career field, the Air Force currently insists on holding out for commissioned officers only.

That means to fly a UAV in the Air Force, you'll need a college degree, though not necessarily a pilot's license. According to Brigadier General Lyn D. Sherlock, in this 2008 interview with Air Force Times, enlisted careers in UAVs are off the table for the moment "because battlefields are complex, joint environments that involve other aircraft and communicating with soldiers and airmen on the ground."

Because Air Force UAV flyers must be commissioned officers, a trip through one of the ​officer training pipelines – such as four years in the ​Air Force Academy, or a few months at the Officer Training School (OTS) for those who already have a degree - is the first step.

RT @thejensie: Another fantastic at the @tourdecure_aus . We started on an australian air force base, pilot training center. Flightshow inc…