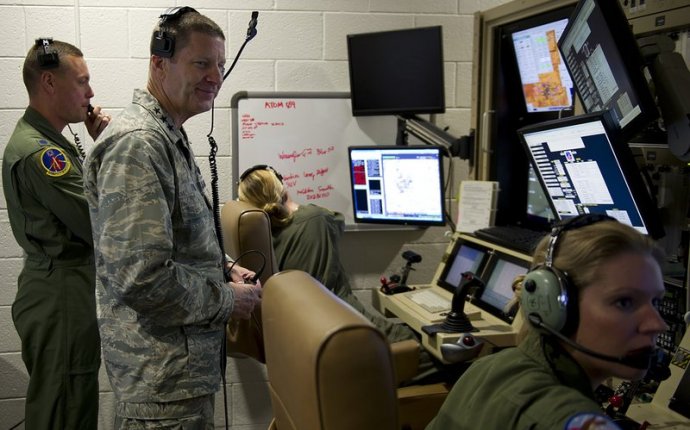 If you’ve ever wanted to fly a drone, odds are good you’re about to get a chance.

Airmen will see more opportunities in the future to become remotely piloted aircraft operators as the Air Force expands the field and boosts education.

The Air Force is looking for more RPA personnel to try to address the high tempo and low morale that have plagued the field as field commanders request more and more intelligence flights. In December, Air Combat Command said they want to add between 2, 500 and 3, 500 airmen to RPA operations to augment the 1, 700 estimated current pilots, operators, communications and intelligence officials.

The service is looking at increasing incentives and pay, too. Airmen who agree to re-up as a pilot in the 18X Air Force specialty code for five or more years could be looking at a $125, 000 retention bonus.

“The first thing we had to address was the training pipeline, ” Carlisle told a March 16 hearing of the Senate Armed Services subcommittee on airland. “We have to grow the enterprise to continue to meet the demand.”

On the pilot side, Carlisle said he currently has about 980 pilots out of a needed 1, 100 for combat operations. Ideally, the service wants to boost the total up to 1, 400 to give pilots more downtime and opportunity to train.

To try to meet that goal, the 558th Flying Training Squadron on Jan. 11 at Joint Base San Antonio-Randolph, Texas, started training the first 24-person class of future RPA controllers.

That’s double the previous typical class size of 12 — and it’s a trend that’s going to continue. Starting in May, every class will be 24 people. And with the school aiming for 16 classes a year, that could mean 334 new RPA pilots and operators this year and 384 next year.

“If we could get to 384 [a year], we will be making a big dent in the availability of pilots to fully man our crew force, ” Air Force Chief of Staff Gen. Mark Welsh said at the March 7 State of the Air Force briefing.

The 558th is hiring instructors for the increase as well, looking to boost its number of teachers from 62 up to 104 over the first part of 2016.

“The RPA community as a whole is experiencing manpower issues and there is a need to train more pilots to help ease the overall strain on the career field, ” Lt. Col. John Stallworth, 558th FTS commander, said in a February news release.

The Air Force said it plans to move 80 airmen who graduated from the first stage of pilot training straight into RPA flying, where they would serve between one and three years before having the option to move to manned aircraft.

Enlisted personnel are about to get their chance to become RPA pilots and operators, too. The Air Force announced in December that it would start training enlisted pilots — the first since World War II — to operate the RQ-4 Global Hawk, an unarmed RPA that flies high-altitude intelligence, surveillance and reconnaissance missions.

There's also a growing, private-sector demand for RPA pilots. Many companies — such as Amazon — are experimenting with using small unmanned aerial systems, while defense contractors like General Atomics, which supplies RPAs to the military, are also looking for test pilots and operators.

Many airmen still have time before their commitment is up, but Carlisle said he's worried about the burnout rate and hires from private businesses in the near future.

That's one reason Carlisle said he wants to increase the reenlistment bonus even more — possibly reaching $175, 000 over five years.

More airmen will be moving into the field to address the high demand being placed on current operators and RPA missions.

The Air Force is looking to train more RPA crews to help with expanding and increasing daily combat air patrols, or caps. In the next 12 to 18 months, the service wants to boost its number of caps per day by 10 to a total of 70.

But don’t buy that new house in Las Vegas just yet. The Air Force wants at least two new drone bases somewhere other than Creech. Though top brass hasn’t given an indication where yet, reports are that Langley Air Force Base, Virginia, and Davis-Monthan Air Force Base, Arizona, are under consideration.

“Another wing needs to stand up, ” Welsh said. “We think we need to stand up a new, dissociated operational group somewhere in the very near future so we can give another basing option to the folks in this career field.”

Carlisle said he’ll be meeting with Secretary of the Air Force Deborah Lee James on March 24 to discuss the criteria and candidate bases.

“I think we’ll probably have one base identified hopefully within a year, that’s a quick timeline, and then within 18 months to 20 months hopefully we can start moving in there, ” Carlisle told Air Force Times on March 16.

Carlisle said the service is looking at one base that would only conduct military combat operations, while a potentially larger second base would add launch and recovery of the unmanned aerial vehicles.

Don’t hold out hope to fly the MQ-1 Predator, however. Enlisted pilots are being restricted to the Global Hawk. And officers are going to find themselves flying the MQ-9 Reaper. The Predator is set to be phased out for retirement starting in the latter half of 2016, with all planned to be out of service by 2018-2019.

Oriana Pawlyk contributed to this article.

Phillip Swarts is the aircraft and space reporter for Air Force Times. He can be reached at pswarts@airforcetimes.com, and you can follow him on Twitter at @PFSwarts.