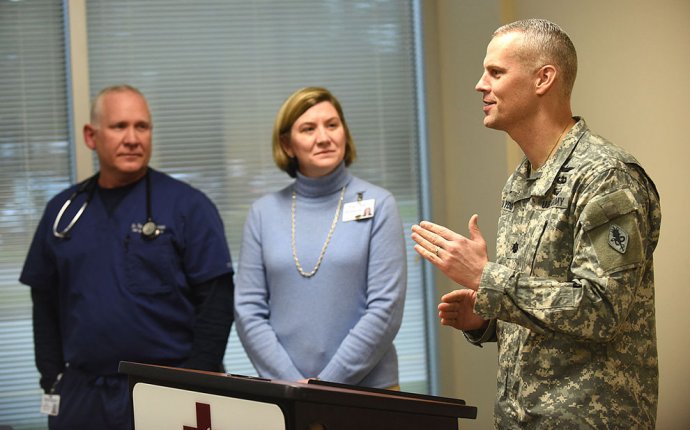 Col. Mark McPherson was commissioned in 1991 after graduating from the Citadel, Military College of South Carolina. He received his Medical Doctor degree from the University of South Carolina in 1995 and graduated from residency in Family Medicine in 1998 after serving as Chief Resident at Martin Army Community Hospital, Fort Benning, Georgia. He served as OIC and Commander of Babenhausen Health Clinic Germany from 1998-2001. He returned to Fort Benning as Family Medicine teaching faculty and deployed as Battalion Surgeon 203rd FSB 3BCT 3ID. He completed his faculty development fellowship at University of North Carolina in 2004. Dr. McPherson deployed as a subject matter expert with the Secretary of the Army Inspector General in support of inspections in Detainee Operations. He served as Assistant Residency Director of Family Medicine at Fort Belvoir, Virginia, from 2006-2007 before deploying as the Brigade Surgeon with 1BCT 10th MTN in support of OIF. Following his deployment, he served as Director of Medical Readiness and Standards - Office of the Surgeon General. He completed his Masters of Public Health at the University of Texas Health Science Center and Aerospace Residency through the US Air Force School of Aerospace Medicine at Brooks Air Force Base in 2011. He subsequently served as Chief Review and Disposition at the US Army Aeromedical Activity before serving as the Command Surgeon US Army Combat Readiness Center.

His contributions to Army Medicine include presentations at numerous national meetings, revision of a number of Army Regulations, contributions to DOD/VA clinical practice guidelines, text book chapters, articles in peer reviewed publications and military medical technical guides. He is the co-developer of the e-SRP system and assisted in the early adoption of the e-Profile system. McPherson is committed to improving the system of delivering state of the art care to our Soldiers and Aviators.