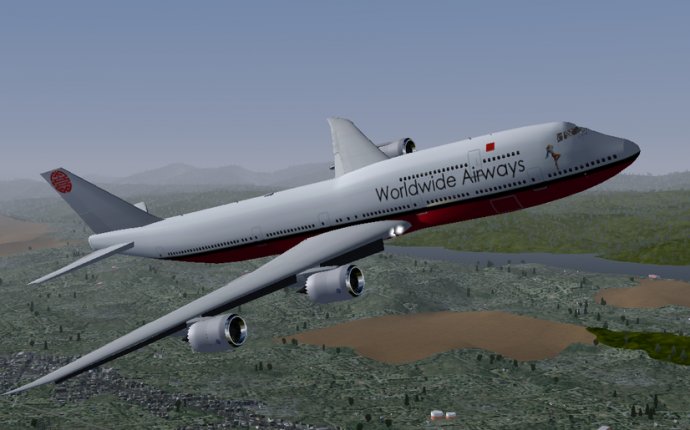 What’s the difference between a cargo jet and a passenger jet?

If you were to step onto the flight deck of a freighter, you probably couldn’t distinguish it from the flight deck of the passenger model; it’s the same front office. There is one minor but critical addition; at the back of our cockpit we have a small, private lavatory. It has the flushing blue water just like the passenger planes. Woo-hoo! Piloting a freighter is identical to flying its passenger counterpart. They both require the same FAA Type Rating (special license) and experience.

Step out of the cockpit and you’ll see a world of difference. The most visible exterior feature on a freighter is the large cargo door on the side. The door allows loading equipment to quickly load and unload the freight from the main deck. Large belly doors under the main deck allow more cargo to be loaded on the lower deck. Every inch of available space is used for payload (did I say our lavatory is small?).

Boeing’s 747 freighter variant has an option for a very special cargo door. When the nose is raised, really big stuff can be loaded; cars, trucks, military tanks and even small aircraft.

Behind a freighter’s flight deck, the familiar cabin of the passenger plane is gone; no seats, no windows, no overhead storage. Just a huge empty space that is carefully designed to enable efficient loading and unloading of cargo. The main deck (where passenger seats would be) is covered with rollers and latches to allow pallets and containers to be rolled then locked into position. These two photos are both shots of a Boeing 767-300 interior.

Take a walking tour of a freighter!

Here’s a short walking tour through the inside of a Boeing 767-300 wide-body freighter. The video begins in the very back of the main deck and continues to the front with a quick view of my office. The distance from the back of the aircraft to the flight deck is about 130 feet.

In air freight, just like in the passenger business, time and schedules equate to money. One fully loaded aircraft can represent thousands of customers whose iPhones, Droids, flowers, medical supplies, lobsters, and who-knows-what-else are guaranteed to be delivered on-time. The typical cargo jet will make one or two stops out of the hub before arriving at its final destination in the early morning. At each stop, as soon as the pilots shut down the engines, ground crews attack the jet from all sides. Mechanics, loaders, tug drivers and fuel trucks converge.

Experienced ground crews are like NASCAR pit crews. These guys and gals can get a wide-body jet unloaded, reloaded, fueled, serviced and ready to depart in under 45 minutes. During that time, the flight crew completes checklists, reviews the weather, loads new data into the navigation system, guzzles coffee and runs the preflight checks. When all goes well, everyone finishes up about 10 minutes prior to the scheduled departure time. By 5 minutes prior, all the ground support vehicles are pulled away and a tug is hooked to the jet’s nose wheel, ready to push the aircraft back to the taxiway. It really is an amazing thing to watch.

There are only two of you in that cargo jet? What if something goes wrong?

This question always surprises me. Yes, there are usually only two of us in a cargo aircraft, even on many oceanic flights. Flights under 8 hours require only a Captain and First Officer. Longer legs require three or four crew members. This is the same for a passenger carrier. If something goes wrong on my cargo aircraft, it’s up to the two of us to sort out the issue and decide on the safest course of action. On a passenger flight, although there are Flight Attendants and hundreds of passengers, it still boils down to the two professional pilots up front to keep the airplane safe. Passenger pilots just have a bigger cheering section when stuff goes wrong! Which leads to the next comment…