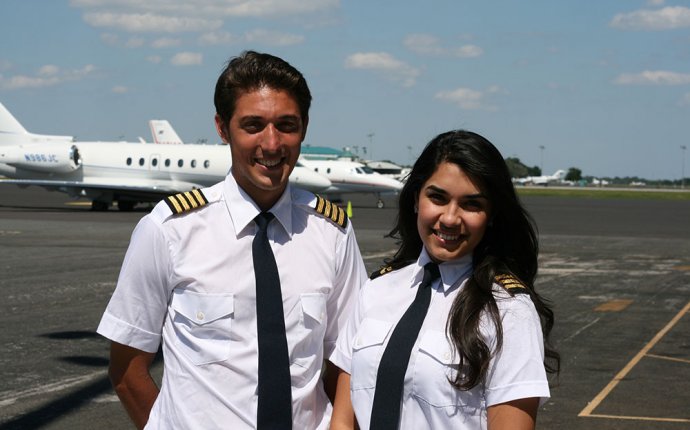 Be physically and mentally sound. In order to obtain more than the most basic of licenses, you'll need to hold a first or second-class medical certificate from the FAA. Vision is the main concern here; in order to work your way up the totem pole of pilot-hood, you'll need to have vision that can be corrected to 20/20. And if you're colorblind, well, it depends. Since there are different variations and degrees of severity when it comes to being colorblind, you may or may not be a candidate.

Get your finances in order. If you ever want to work for a major corporation or airline, there will be background checks, and that includes a credit check. In addition to this little factoid, becoming a pilot is expensive. While assistance does exist (from schools or the military), it's still not cheap. Go to college. While some employers will hire licensed pilots with only a high school degree, most prefer at least two years of college.

And if you ever dream of working for a major company, a degree is necessary. Since more and more people are getting them, they're becoming par for the course. Consider joining the military. The brunt of the obstacle when it comes to becoming a pilot is money and having to learn how to fly. A surefire way to solve that problem is to join the military. Not only is it financially easier, but major airlines definitely hold military pilots in high regard. If this is something you can see yourself doing, it's a good idea.