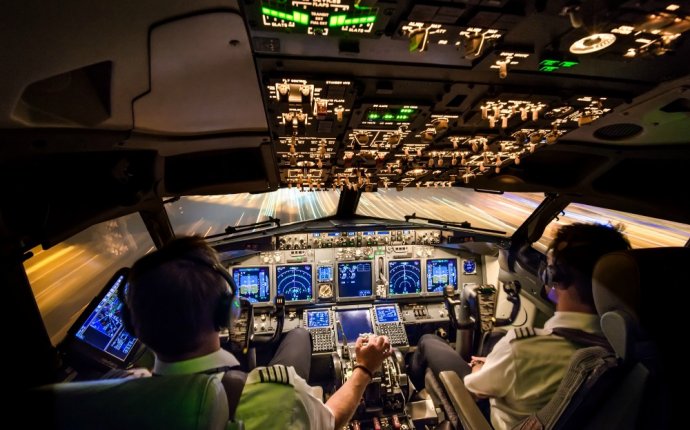 Train to be an airline Pilot

Being an airline pilot can be one of the world's best jobs. First year salaries range from $25, 000 to over $50, 000 per year. Pilots who have worked for a company for 10 years could have annual earnings close to $300, 000. It is possible for a pilot to have even higher earnings during the course of a career. A pilot might only work 8 days in a month. They never have to take their work "home" with them; their job is finished when they leave the airplane. Pilots have retirement and benefit packages that exceed what most other professionals earn. They get free or reduced rate travel. They get reduced rate hotel and car rentals. Pilots even have the time off to use these fringe benefits.

Most pilots love their jobs, to the point that they even will fly for fun on their days off. Sounds great, right? Well, there is another side of the coin.

While some pilots do earn those high salaries, most pilots at major airlines earn around $100, 000 per year. Still, not bad, however you have to consider that very few pilots actually work for major airlines. Unlike other professions, which can be reasonably assured that they will get a job once they have finished school, etc., the majority of qualified pilots are not able to procure jobs with a major carrier. My company recently received 7, 000 applications for 50 job openings. All of these people were qualified.

How many days a pilot works depends on a number of factors, including which company a pilot works for and how long the pilot has worked for that company. Pilots can work as few a 8 days in a month, to as many as 20. While pilots at a major airline might work 14 days in a month, you must keep in mind that they are not coming home from work on those 14 days. They are actually away from their homes and families half of every month, or more. This is a high price to pay. It would not be physically possible to work much more. Pilots are already living out of their suitcases half their lives.

While pilots do not take their work home with them, they are required to be prepared for tests.. Most pilots take a checkride twice a year. This requires some home study. In the event of failure a pilot could find him or herself out of a job. In addition, pilots are expected to maintain currency in new techniques and procedures, and keep their charts up to date.

Another drawback is the high cost of becoming qualified to be a pilot. A pilot either has to go through the military, which is an 8 year commitment after pilot training, or pay for that training him or herself. In addition to needing a bachelor's degree (in any subject), a pilot needs a lot of intensive training in the field of aviation itself. This is expensive, especially if you consider that there is a fairly good chance that a pilot will never work for an airline.

A pilot also needs to be in good physical condition. Captains need to pass a physical exam once every 6 months; other commercial pilots need to pass an exam every year. A pilot could be out of a job if a health problem is discovered. In addition, pilots are subject to regular drug and alcohol tests. If you have ever had a problem with drugs or alcohol you need to choose a different profession. Furthermore, your driving record is scrutinized, and any felony convictions are disqualifying. In addition to the physical requirements, a pilot must be mentally fit to perform the job. Unlike most other professions, many people's lives depend on the pilot's ability to stay calm and collected while solving problems.

Finally, a person seriously considering a career in the airline industry should be aware that the airline business does not offer much in terms of job security. Airlines that once seemed to be invincible have gone out of business, like Pan Am and Eastern airlines. The pilots of those carriers had to seek employment elsewhere. If they took a job as a pilot for a different airline, they started again at the bottom. There are pilots who were Captains at Eastern Airlines, who are now Flight Engineers for a different company. Eventually they may move back up to Captain, but they are not given any special priority over anyone else who was hired at the same time. All promotions within a company are based on seniority (years of service) with that company. Previous experience might help someone get hired, but that is all.

Furthermore, there is no guarantee of advancement at any airline. If you get hired at the right time, you could be a Captain in as little as three years, while those hired just six months later might spend five years or more as a Flight Engineer before they even get a chance to become co-pilots.

All this needs to be considered if you are thinking of being a pilot.

What does a pilot need to know?

Well, of course a pilot needs to be able to fly an airplane. Flying an airplane is nothing like driving a car. It requires a very high level of skill. It literally takes years to acquire the skills necessary to fly commercial jets. Furthermore, a pilot is always working on his or her skills; there is always room for improvement. Most people think that this is all there is to it, once you have acquired the skill...

RT @oraliaortega: Small plane on training flight lands on I-75 in western #Broward. @WaymanAviation student pilot & instructor on board. @C…