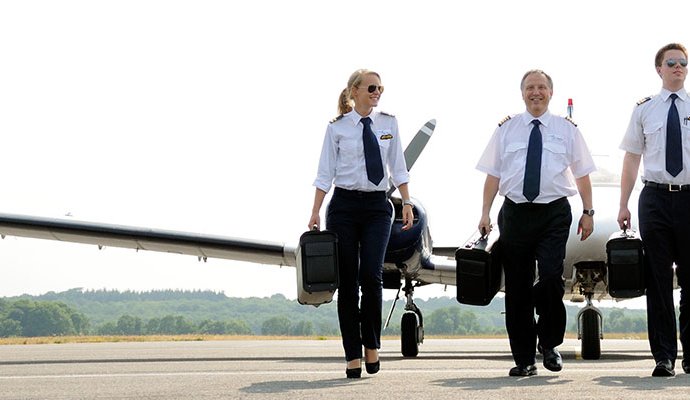 How to training as a Pilot?

In the ongoing military scorecard between the United States and China over who has the most “stuff”—be it troops, tanks, guns, ships or airframes—the human element is sometimes overlooked. By human element we mean the operators behind the hardware making the decisions on what, how and when to shoot and how to employ tactics and counter-tactics based on the environment and the adversary. Neglecting the human element of the U.S.-China military competition would be a major omission, however, as it remains a key variable in assessing a country's overall military power and capability.

The determinants of operator competency are shaped to a large extent by the military and political culture under which troops train. During the Cold War, U.S. planners believed quantitative advantages in the Soviet air force were offset by superior USAF training and tactics—a product of a U.S. training system that breeds pilot autonomy and objective assessments of error. In many respects, this was a correct assessment at the time. In comparing U.S. and Soviet air forces, for example, Col. Mike Press, writing in Air University Review in the mid-80's, penned an articulate and persuasive case for U.S. fighter pilot training superiority based on the USAF training program, but warned that “human advantage is very fragile and even here the Soviets show signs of progress.”

Now three decades later, Press's words remain more relevant than ever when it comes to assessing the air forces of China and the United States. The People's Liberation Army Air Force (PLAAF) has made tremendous strides in recent years, fielding an impressive array of third-, fourth- and even fifth-generation stealth aircraft. By numbers alone, the PLAAF remains one of the largest air forces in the world. The PLAAF also desires to build what it calls a “Strategic Air Force” to play a larger role in China's push to project power and influence in areas farther from the Chinese mainland. Already, the PLAAF has begun sending bombers to patrol the disputed Spratly Islands in the South China Sea—areas in which it would have been unheard of for the PLAAF to operate just five or 10 years ago.