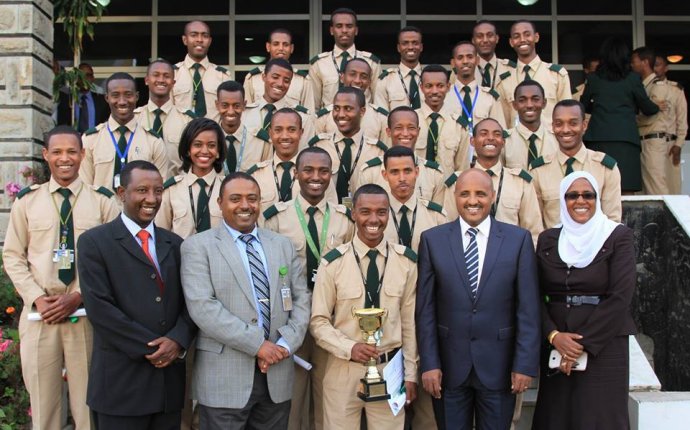 Degree Programs: Over 60 degree programs are offered at ERAU, including Aeronautical Science (the flight program), Aeronautical and Aerospace Engineering, Global Security & Intelligence, Air Traffic Control, and Business Administration, to name a few. ERAU also offers Master's degrees in Aeronautical Science, Aerospace Engineering, Business Administration (MBA and MBA-Aviation), Human Factors, and Space Education, among others, and is one of the only universities to offer a Ph.D. in Aviation.

Fleet: Embry-Riddle's two main campuses each offer the Aeronautical Science program, with over 90 airplanes (many of which are equipped) and 40 simulators, including at least one full flight Level D simulator. The Worldwide campus offers online courses and classes at over 150 satellite locations across the world.

The John D. Odegard School of Aerospace Studies at the University of North Dakota has long been known as one of the best aviation schools in the country.

Students: UND has almost 12, 000 students throughout all of the university's degree programs. About 900 of those are in the flight program.

Fleet: The Department of Aviation at UND has over 120 aircraft, including helicopters and unmanned aerial systems. In addition, the university has 16 FAA-approved flight training devices and a regional jet simulator.

Western Michigan University is one of the top-100 public universities in the country. Its College of Aviation has been around for 75 years and has established itself as a well-regarded program in the aviation industry.

Location: WMU is located in Kalamazoo, Michigan. The flight department is located at W.K. Kellogg Airport in Battle Creek.

As the university from which Neil Armstrong graduated, The flight school at Purdue University has earned the nickname "Cradle of Astronauts" according to US News & World Report. It's also the only university at which every flight student in the flight program flies a jet.

Students: Total number of undergraduate students at Purdue is approximately 30, 000.

How to Become a MEDEVAC pilot?

How to training to be a Pilot?

How to become a ship Pilots?

Qualifications for becoming a pilot