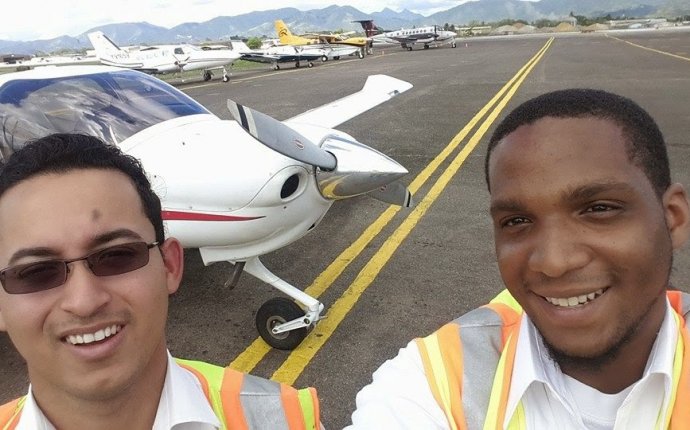 Road to Becoming a pilot

There are a WIDE variety of professional pilot positions, but the three that are the most common career paths are airline, corporate, and military. I will try to briefly describe each.

The path to a corporate or an airline cockpit often starts off the same. Since the few desirable corporate pilot and airline jobs require a college degree and thousands of hours of flight time, most pilots start off by obtaining a 4 year degree (preferably in a non-aviation field) and obtaining the required pilot certificates and ratings as discussed in "The Real Costs..." section of this site. After obtaining your education and the minimum flight training, you are typically qualified to fly an airplane for compensation. Unless you "know someone" or your chosen flight education program provides a direct path to another employer, this typically involves flight instructing.

Airline Career Path
If your career goal is the airlines, you will likely flight instruct until you have enough flight time to be considered by a regional airline, flying smaller aircraft than most of the major carriers to which the regional provides passenger feed. For some pilots, working for a good regional airline may be the extent of their personal professional pilot career aspirations and in some cases a regional airline pilot career can be quite fulfilling. From my experience, however, most pilots would prefer to fly for a large passenger airline or cargo airline as the pay and quality of life at regional airlines tends to be lower than that at the larger carriers. Regardless, once you are hired by a regional airline, you will start off as a First Officer (i.e. co-pilot) and you will work your way up to the Captain's seat as you gain experience- assuming, of course, that your airline is growing and has a future need for Captains. Everything is based upon seniority, which is your date of hire. Assuming you can pass the required checkrides, when/if a Captain slot becomes open and your seniority allows you to hold the position, it's yours.
As mentioned previously, some pilots are perfectly content to spend their entire careers at a regional airline. But if one desires to move on to a larger cargo or passenger airline, that pilot will generally need to gain experience as a Captain in a turbojet powered aircraft- typically at a regional airline. So once that pilot gains about 1500-2000 hours as a Captain (minimum), which equates to about 2 to 4 years of additional experience (minimum), he or she will then start to become competitive for a job at a larger carrier. Just like any other job, you fill out the application when you meet the minimum requirements and wait for the phone call offering an opportunity to interview. Again, depending upon the economy and your qualifications, it could be a short wait or a very long wait- sometimes 10 years or more. It's not uncommon for a quality, desirable passenger airline or cargo carrier to have thousands of applications on file when it only needs to fill sometimes less than a hundred positions a year. The competition can be fierce for those scarce, high quality, lucrative positions.Corporate Career Path
If your career goal is a good corporate job, after gaining some experience, often by flight instructing and/or flying for a regional airline (and in reality it could be obtained in many different ways), most will apply for an entry level position with a corporate flight department. In my experience, the corporate jobs that are open to pilots with lower levels of flight time tend to be the least desirable. They often have low pay and perhaps require a pilot to be "on call" and available for a timely departure many days during a given month. Sometimes these lesser desirable jobs come attached with menial additional duties like washing the airplane or doing office work. I've heard of some corporate flight departments that only allow their pilots a few days free of duty each month, which makes it difficult to schedule life's normal activities.


The military pilot career path is a different animal than described above. Although I am not a military pilot myself, Jeff from Airline Pilot Central and a few other contributors (thanks guys!) put some information together for me. From this information, I’ll explain some career paths that could lead to becoming a professional military pilot. Admittedly, the information below has an Air Force slant.

Military Academies
Getting accepted into any of the military academies is difficult. The students accepted by these highly respected institutions tend to be very successful in high school, both academically and outside of the classroom. If you choose this route and are accepted, Uncle Sam will pick up the tab for your entire college education. Further, since the standards of academy acceptance are so high, these academies tend to get the most pilot slots. Life as an academy student, especially in the first and second year, is extremely demanding and regimented. Academic standards are high, and in addition students are expected to be physically fit and active in athletics and other activities outside of the classroom.