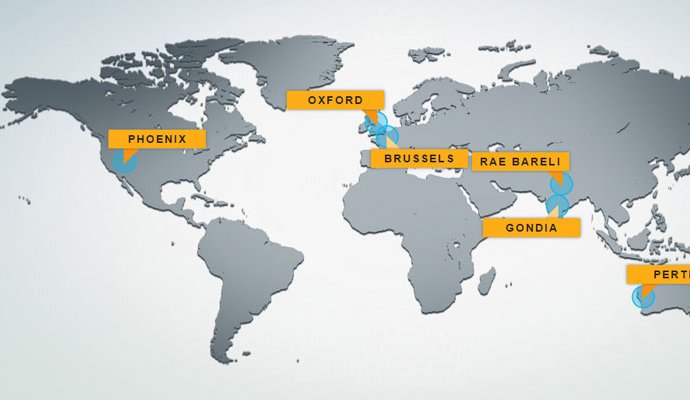 What do a supermarket clerk, an airline baggage handler and a heavy-equipment operator have in common? They’re among the first participants in JetBlue’s new program to turn people with little or no flight experience into pilots.

The initial six recruits in the second phase of training Monday, after three weeks studying meteorology, aerodynamics, aircraft systems and the like. They’ll now spend about seven months in Arizona to begin flight training at CAE Oxford Aviation Academy. If successful — and if they can handle the $125, 000 price tag — they should become first officers at JetBlue Airways Corp. in 2020.

U.S. carriers are seeking new ways to recruit as the industry faces a projected shortage of 15, 000 aviators by 2026, according to the University of North Dakota. JetBlue’s Gateway Select program is the first of its kind in the U.S., although similar efforts have been used in Europe and Asia. It is one of seven recruitment programs at the New York-based airline.

“I’ve been a pilot coming up on 30 years now, and I’m literally blown away by the enthusiasm and raw aptitude these six individuals have, ” said David Freiwald, a JetBlue flight instructor.

Of the recruits, one had 100 hours of flight time as a private pilot, another had about 35 hours and the rest had never flown a plane. The airline declined to make any students available for interviews.

“We don’t see a need for it, ” said Patrick Walsh, chairman of the Air Line Pilots Association group at the carrier. “There are thousands of qualified pilots applying with JetBlue currently.” He declined to comment on the quality of the training regimen.

“A lot of programs you pay for flight training, but there isn’t a job offer at the end, ” he said.

Majoring in commercial aviation at the University of North Dakota, the largest public aviation program in the U.S., can cost more than $150, 000 for an out-of-state student when flight-training fees are included.

JetBlue, which says it doesn’t have a pilot shortage, received 1, 480 applications after the program was announced late last year and narrowed down the group through assessments and tests before inviting 120 people for interviews. The carrier selected 24 who, divided into groups of six, all will be in training by next year’s third quarter.

Major U.S. carriers long have relied on hiring pilots who already have the required minimum of 1, 500 flight hours, typically amassed in military aircraft or by working as a civilian instructor before snagging a job at a regional airline. At Gateway Select, training focuses on JetBlue’s 100-seat Embraer SA E190 jets, although the program could be extended to the larger Airbus Group SE planes in the carrier’s fleet.

Gateway Select emphasizes working as part of a two-person cockpit crew. It also provides more time in simulators than traditional training, to force students to contend with challenging situations such as bad weather and mechanical failures. Each is assigned a JetBlue pilot as a mentor.

The next round of recruiting is set for the middle of next year, and JetBlue expects to select 24 to 48 participants to begin training in January 2018.

“These six candidates are going to learn how to fly from the very beginning using the same training philosophy and operating philosophy our current pilots use, ” Christie said. “What you learn first is what you remember the longest. What they’re learning today is what they’re going to employ in four years as JetBlue first officers.”