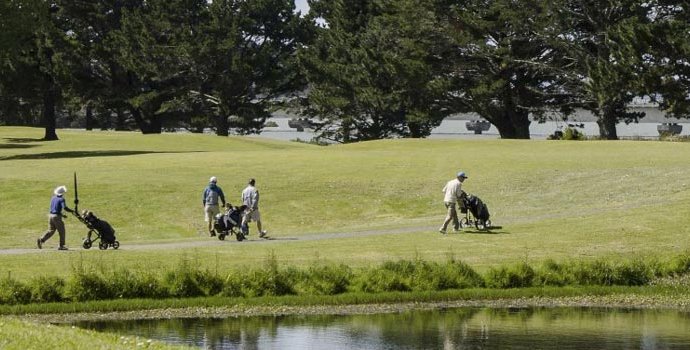 On the night of may 31, 1944, my brother and I were awakened by engine noise—overhead. We were up and outside in an instant. I was nine, and in my mind, nothing ever happened in Enterprise, a small town in northeastern Oregon. Hearing what sounded like a big multi-engine airplane circling Enterprise in the middle of the night was thrilling. The few airplanes we had seen were small, single-engine varieties. Our father ran to the car and drove off.

In the morning, Mom said a bomber had landed at the golf course on the far side of town, about a mile away. We were ordered to eat before we could go see it. We wolfed down breakfast, jumped on our bicycles, and raced off.

There it was, a Consolidated B-24 Liberator, sitting in ruts up to the wheel hubs. A military guard kept us at bay.

The weekly Wallowa County Chieftain headline was “Lost Bomber Lands Here After Harrowing Experience.” The B-24 had taken off between 4 and 5 p.m. on May 30 from Walla Walla Army Air Base, Washington, with a trainee crew including pilot, copilot, and instructor to fly bombing and gunnery practice over the Boardman Bombing Range in Oregon, about 80 miles west of Walla Walla. It was just past a quarter-moon night, and stormy. With no navigator, the crew got lost. Beyond Walla Walla and Pendleton, Oregon, there were only a few small towns and ranches, and back then few of the ranches had electricity.

Northeastern Oregon has severe terrain, with mountains up to 10, 000 feet, and forested ridges 5, 000 to 7, 000 feet with canyons 2, 000 feet at the bottom. That night, it was pitch-black and visibility was minimal.

Later into the night, Lieutenant Lee Ward, the instructor, took the controls. When the snow-covered Wallowa Mountains loomed ahead, he took them to be moonlit clouds. With seconds to spare, Ward realized his error and banked hard, barely avoiding a crash.

Then the crew spotted the lights of Enterprise. By 11 p.m. they were circling our town. Soon the U.S. Forest Service warehouseman alerted households of the predicament and asked the men to drive to the golf course and aim their headlights at it. He put lit railroad flares down the center of the course. Set between two hills, and less than 200 yards wide, the golf course was the only emergency landing site within 40 miles.

The bomber circled for some time to burn off fuel in case of a crash landing and to reduce weight. At one point it flew north, over dark forest and ranches, and jettisoned ammunition for the same reason. The crew was prepared to bail out if necessary.

After returning and making a few passes over the golf course, Ward decided he could land there. It was now 1 a.m. The outboard right engine was running rough. All crew members except the pilot and copilot lay down and braced for landing. On final approach, the bad engine caught fire. Ward brought the B-24 over the spur of the hill on the northeast end of the valley, avoided the little clubhouse, and touched down. With braking, the airplane rolled to a stop in about 2, 100 feet, just shy of an irrigation ditch.