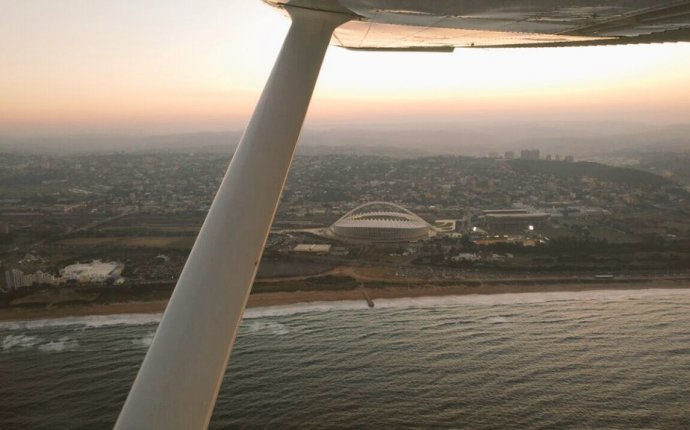 Ermias Bariagabr, 45, is busy fulfilling his biggest childhood dream – flying an aeroplane. While undergoing a high-risk medical procedure to remove a tumour from his neck, Ermias went through a life changing experience, which gave him a sense of urgency to accomplish goals, given the uncertainty of life. Joining a flight school and becoming a pilot was at the top of his bucket list.

But at his age getting accepted into the most renowned flight school in the country, the state-owned Ethiopian Airlines Aviation Academy was unrealistic, as pilots are required to retire when they turn 65. Instead, he opted to join a newly established private pilot training school, East African Aviation. This company represents a new trend, where the private sector, albeit at a nascent stage, is engaging in a once exclusively state dominated industry.

Worldwide, the aviation industry requires 25, 000 qualified new pilots every year. As one aviation expert put it, there is an ever increasing need for aviation personnel in today’s globalised world where travel for pleasure or business has become a way of life. This also means an abundance of job opportunities in the field.

Where there is demand, there is supply and private training schools are emerging to ensure that supply.

Established in 1999 as a general aviation service provider, Abyssinia Flight Services expanded its operations by setting up the first flight school in Ethiopia in 2006. Since its establishment, the school has trained over 119 pilots and 54 pilot trainees are currently enrolled, Solomon Gizaw (Cap.), Managing Director of Abyssinia told Fortune.

Tapping into a regional demand for pilot training centres in East Africa, Abyssinia Pilot Training School provides its services to students from Ethiopia as well as those from neighbouring countries such as South Sudan, Kenya and Rwanda, Solomon noted.

At present the school uses nine aircraft for its training programme, relying mainly on Cessna 172s and Diamond DA40 models as its primary workhorses. There are 12 permanent instructors, Solomon said, adding that the school has recently established a rented dormitory for its students and provides shuttle services to and from the airport. Solomon hopes they will soon build their own facility to host their students. In addition to training pilots, Abyssinia has also started providing trainers’ training, its managing director disclosed.

Though not equipped with the ultra-modern full-motion glass cockpit simulator, Abyssinia provides its students with regular non full-motion simulator and computerised practice facilities, Solomon continued. Students are required to pay as much as 55, 000 dollars for a course of training that may take as much as a year and a half. On successful completion, they are certified to obtain either a Private Pilot Licence (PPL) or a Commercial Pilot Licence (CPL) with instrument and multi-engine ratings, he further explained.

Abyssinia may be the oldest flight school but it does not have a monopoly on training aviators.

For just over 60, 000 dollars, East African Aviation, the newest private pilot training school, provides its students with 14 months of flight lessons, equipped with a 2015 model full-motion glass cockpit simulator for training. For practical flight training there are two Cessna- 172s, which have less than 1200 flight hours, Mulat Lemlemayehu (Cap.), managing director of the company told Fortune with pride. Established in 2014 with a total capital of 85 million Br including the price of the latest addition to their fleet, the King Air 350, which cost 2.6 million dollars, East African Aviation is aiming to fill the market gap in the region.